Skip to content
In every relationship, exercise your right to be honest about how you feel. Have open, transparent conversations. Set the contours of the relationship. State what’s done and what’s not done. Spell out what works for you and what doesn’t. You will then ensure peace for yourself and for the other party at all times.
Yesterday, my 18-year-old daughter returned at midnight from a friend’s birthday party. As I opened the door to let her in, her phone rang. I was curious when she didn’t want to take the call. I told her it was fine for her to answer the call because I was anyway going to sleep and she could speak to whoever it was in private. She said she didn’t want to take that call because it was her friend’s mother calling to check on where she (the friend) was. So, I too asked where that friend was. My daughter explained that her friend had had one drink too many and had to be dropped off at another friend’s place for the night because she was scared of going home and facing her parents, who apparently did not approve of her drinking at all.
I completely empathized with the distraught parent trying to ensure if her child was safe. Yet I could not help but wonder why things come to such a pass between parents and their young adult children. 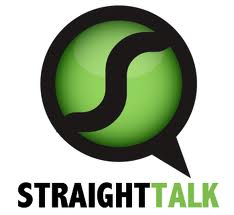