Skip to content
Life’s an amazing paradox. When you fill yourself you feel an eerie emptiness. And when you empty yourself you feel a joyful fullness!
Think about your Life deeply. What are you filling it with? The more you fill yourself with fear, guilt, grief, ego, anxiety, greed and desires, the more empty you feel. You can’t just escape the emptiness. You may call it by any name: mid-life crisis, not enjoying your job, unhappy with your partner, feel lost with how to raise your children, whatever. But you do feel empty. The irony, however, is that to rid yourself of this emptiness, all you need to do is to empty yourself. When you empty yourself of all wasteful emotions, like those listed above, or many more, you are emptying yourself of your self. This is when you are enriched, filled with love and are full of peace. This fullness is what is called bliss. Emptying yourself of your self means to get rid of the ‘I’! 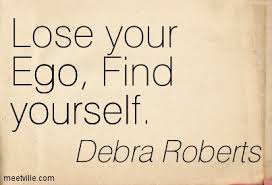 Several years ago, when my business started going horribly wrong, I sat in my hotel room in Bengaluru and shared my worries with a good friend, Deepak Pawar, a highly acclaimed media photographer in India. He’s much older to me and I have always valued his perspective. What was causing me immense grief was the way my team was behaving with me. There were resignations, a case of embezzlement and even blackmail from a colleague who threatened to share company data with competition if his salary was not paid. This was tragic for me. We had not only given this gentleman employment but had also supported his MBA program and his coaching in spoken English. As I shared my woes, describing my Life as being ‘empty, meaningless and thankless’, with Deepak, he said, “For your Life to be full and meaningful, you must shed yourself of your ego AVIS.” I was devastated by his remark. I shot back: “Sorry Sir, with due respect to you, I disagree. You are saying I have an ego. I don’t. I have worked hard to grow my business and I have done so with humility. My team is family to me. This colleague of mine who is today threatening me, I have groomed him. I have trained him. I have educated him. I have always sat with him and guided him on how to plan his career professionally. I have done so much for him and you are saying…” Deepak cut me short. He smiled and said, “Just see the number of times you have said ‘I’ in your defense just now AVIS….That ‘I’…that’s your ego speaking….that guy, the ‘I’ in you…you must empty yourself of that ‘I’…and you will find meaning and a Life full of peace and happiness!”
To me that moment, that nano-second, was the ‘CTRL+ALT+DEL’ moment of my Life. With that enlightening perspective, Deepak opened my eyes, helping me see clearly, why there was so much emptiness in my Life. Osho’s masterly perspective on this too helped me immensely: “Emptying oneself means emptying of all content – just as you empty a room of all the junk that has gathered there, over the years. When you have emptied the room of all the furniture and all the things, you have not destroyed the room, not at all; you have given it more roominess, more space. When all the furniture is gone, the room asserts itself, the room is.” What’s interesting is, as I discovered, when the ‘I’ goes out of you, all the parasites that thrive on it, off it__fear, guilt, grief, anxiety, greed and desires__run after it too. The feeling you get with emptying yourself, and therefore filling your Life with abundance and bliss, is truly liberating. It has to be experienced to be understood. It has to be lived!
Being able to do nothing is freedom. Having no idea of what to do is bliss.
There will be times in Life when you have hit rock bottom, when you are in the depths of treacherous ravine, you see no way out and your mind can’t even think. The harder you try, the more blank you feel your mind is. There are only two kinds of problems in the world. One which you, or anyone you know, can solve and another which no human can solve. What do you do when you are faced with the second kind of problems – which no human can solve, at least not in an immediately imaginable, conceivable time window? Think Michael Schumacher, think MH 370, think of a five-year-old who is struck by a fourth stage cancer! At a practical, human level, this state may be a no-go. Where do you go when you have hit rock bottom and don’t have the means or even ideas to climb back up? But at a spiritual level, every dead-end, every no-go signifies an opportunity to evolve and grow within. Through such evolution, you become free and happy – despite your circumstances.
In Zen Buddhism, there are koans. A koan is a paradoxical riddle or anecdote without a solution to demonstrate the inadequacy of logical reasoning and provoke enlightenment. There are many famous koans. One is: “Find out your original face.” A Master asked his disciple to solve this koan.
The disciple asks the Master: “What is the original face?”
And the Master replies: “The face that you had before your parents were born.” 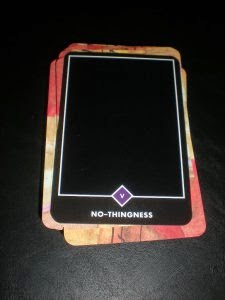 And the disciple starts meditating on that: “What is your original face?” Naturally, you have to deny all your faces. Many faces will start surfacing: childhood faces, when you were young, when you became middle-aged, when you became old, when you were healthy, when you were ill…. All kinds of faces will stand in a queue. They will pass before your eyes claiming: “I am the original face.” And you have to go on rejecting. The disciple too goes on rejecting all the faces that come in front of him. He goes through this process of rejection over many, many years. Finally, when he’s himself the Master of knowing which is not the original face, he realizes that there is no original face. That there is only emptiness. There’s nothing. When all the faces have been rejected and emptiness is left, you have found the original face. Osho, the other great Master, explains this so simply: “Emptiness is the original face. Zero is the ultimate experience. Nothingness – or more accurately no-thingness – is your original face.”
Similarly, some Life situations are koans. For example, everyone is looking at the Tarun Tejpal episode through the eyes of either Tejpal or the Young Woman who’s filed the complaint against him. But when you look at it through the eyes of Tejpal’s daughters Tiya, who’s best friend the Young Woman is, and Cara or from Geetan’s, Tejpal’s wife, point of view, you will see a koan there. An inexplicable situation with no solution. A legal redemption may still be on the cards for Tejpal. But will there ever be a moral one – in the eyes of his own family?
I have learnt from Life, in my own small, yet eventful, way that a no-go is really the time to let go! I have realized that when you can’t do anything about a situation, when nothing seems possible, when the mind can’t think and no one can even attempt a solution any more, then accept your “no-thingness”. And give in to Life. Let Life take you where you belong. And if Life doesn’t take you anywhere, then perhaps it’s here, in this dark abyss, that you were always ordained to arrive?
Follow The AVIS Viswanathan Blog on WordPress.com
Follow @AVISViswanathan