Skip to content
Last night I was watching the 2006 Hindi hit film Fanaa (directed by Kunal Kohli, starring Aamir Khan and Kajol) yet another time on TV. I particularly like the character Jolly Singh, played by the late satirist-and-comedian, Jaspal Bhatti. Bhatti plays a guard at the Rashtrapati Bhavan in New Delhi and has the queer name of Jolly Singh in the movie! He explains that he was perhaps named so because his grandfather had the habit of saying ‘Jolly Good’ for everything that happened! And so, confesses Jolly Singh in the movie, that’s the secret of his being cheerful all the time!
Actually, all of us have that ability to be ‘Jolly Singhs’ inbuilt in us. But that part of us is suppressed because of layers of everyday stress that keeps piling on. The worries and tensions of everyday living leave us battered and bruised. We barely manage to see off a day’s challenges and the next day arrives with its truckload of fresh issues, conflicts and problems. And so it goes. Our days and weeks and months and years are all spent in battling Life than living it freely. Somewhere along the way all of us have become adept problem-fixers, not necessarily solvers, and have conveniently forgotten the meaning of being our own selves, of being happy and jolly!
The biggest reason we are like this is because we choose to attend to our worries than our opportunities. Something’s not right. And we have rushed to worry about it, fix it. The truth is even if you get a heart attack, you can’t treat it yourself. You need a doctor to attend to you. So, instead of getting worried, can you not be jolly? Maybe a good laugh can revive you, as laughter is always good for the heart!
Let’s take inspiration from Jolly Singh! And just be jolly good about anything that happens in Life!
If you are not convinced, let’s look to Osho, the Master, for some perspective. He championed that this Life is the biggest cosmic joke! He said there are three types of laughter __ or three ways in which you can be jolly! 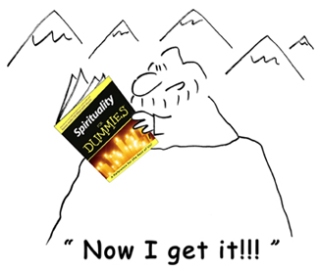 Osho said being truly jolly meant getting this cosmic joke! Just the way Jolly Singh’s grandfather, and Jolly Singh himself perhaps, got it! This lifetime is really one, big laugh. We come with nothing. And will depart with nothing. We are not even aware we will be able to retain all that we experience in this lifetime in our subconscious and reproduce it in our evolutionary journey going forward. Yet, despite having to go away without owning anything, all our strife, our daily battles, are about stuff we will not be able to take away with us. Do you realize that? Do you get the joke!
If you eventually do get the joke, laugh! And ask yourself, how wonderful would it be if we could all be ‘Jolly Good Fellows’ all the time! And be infected at least in part with Jolly Singh’s energy or Bhatti’s enthusiasm and humor or with Osho’s wisdom!!
In the Urdu language there’s a word called ‘fanaa’ which, I believe, means ‘annihilation’ or ‘to be annihilated’ in a Sufi context. In chaste Urdu it means to be ‘destroyed in love’, which is, to be ‘willing to be annihilated in (your) love for someone or something’. This morning I thought of this word. In the context of Life.
There will be times when Life will bring you to a point from where you will see no way forward. You will face an impregnable wall. Fear of, anger and hatred for, the situation will overtake any other sensible response you may still find brewing inside you. Yet, at such times, break free from anger, fear and hatred. Be willing instead to be destroyed by Life. Surrender yourself to the situation and let it take you to wherever you must logically__per Life’s design__end up. Just be ‘fanaa’ about the Life you have been given at that moment. And then watch the magic!
While we all understand detachment, having grown up hearing about, witnessing, learning from, Life, we seldom are able to bring it into play in our own Life situations. Because detachment cannot be practiced when you are still attached, when you are in possession. You may know what it means, but true understanding of what detachment really means or entails, you will get only when you lose something__whatever__that you are clinging on to in Life. So, when you are losing a Life battle __ losing someone you love to a misunderstanding, or death, or losing your money, your assets, your health __ be a willing loser. Be happy with the loss. Because while there may be a physical loss, often irreplaceable if it is a person, you are actually gaining an invaluable experience. You are learning a lesson in detachment through the loss. What is the worst that can happen when you are facing a grave situation in Life? You can die. Or you may lose some (a person or a thing) more?  Expunge your fear by recognizing that this Life was given to you without your asking for it. So, why cling on to your preferences or wants of how you want Life to treat you?
Actually, Life creates all of us to be free, to be in bliss. How many of us remember suffering when we were infants, before we turned 5, for example? Do you remember worrying, being anxious, angry, hurt, insulted or in grief? That freedom is our true state. That is the state we have been blessed with by creation. It is we, as we grow in Life, who create and invite problems into our lives. Soon, when the problems, become unsolvable, we blame Life. And as a result of such pointless, mindless blaming, we suffer!
There’s a story of Gautama, the Buddha, that I remember. One day the Buddha comes to his morning discourse carrying a handkerchief. It appears to be a costly one – perhaps some king has presented it to him. But everyone knows he does not accept such gifts, so everybody is looking, and thinking, what is the matter with the Buddha?
Gautama comes and sits, and keeping the handkerchief in his hand, says to his followers, ”Look very carefully.”
They all look. There is nothing to look at. It is just a beautiful silken handkerchief. And then the Buddha starts putting knots in the handkerchief – he puts five knots in it. There is a curious silence in the hall… everybody is simply watching what he is doing. Then the Buddha asks them, “Is this the same handkerchief, the same one that I had brought with me, or is it a different handkerchief?”
Sariputta, one of his chief disciples, stands up and says, “Why are you joking with us, O! Holy One? This is the same handkerchief” The Buddha says, “Sariputta, think again – because the handkerchief that I brought had no knots, and this one now has five knots. How can this be the same?”
Sariputta immediately sees the point. He says, “I am sorry. I do understand. Although it is the same handkerchief now it is in a very knotted condition – such as a man in anguish. He is the same man; a man in suffering is the same man that was born but now, one who is in knots.” 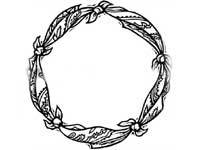 The Buddha replies, “Exactly. That’s what I want to show to you: that the man who is suffering is not different from Gautama, the Buddha. I am just a handkerchief without knots. You are a handkerchief with five knots.”
Of course the Buddha’s philosophy is of five basic problems that trouble man: violence, greed, untruthfulness, unawareness, and the ego. Each of us end up adding our own knots to these basic five – we may add fear, jealousy, anger, guilt, suffering, sorrow and several such. When our problems, the ones we have created, land us in a knotty mess, it is not a time to think of an end-game. You may be losing something material, but don’t think of losing the game of Life. Awaken instead to a higher level of consciousness through the experience. You may have been growing in Life so far, but by being a willing loser, you can actually grow up! When you hit a dead end, you can actually wake up from that impact. Think of the Buddha’s handkerchief in such times. And instead of hating that moment, be willing to be destroyed by Life. Be ‘fanaa’ about Life. And then watch the magic. You will actually become free. Because when you realize that you are responsible for your knots, for your problems, and are willing to live__and die__with the Life that’s coming at you, to you, you will really start living!
Follow The AVIS Viswanathan Blog on WordPress.com
Follow @AVISViswanathan