Skip to content
To have wants is not what hurts us. To keep wanting does.
Desire by itself is normal. You see a beautiful woman and you say, “Wow!” That is a normal reaction. If you said, “Gee, what nonsense?” that would be abnormal. You see the waiter at a restaurant taking away your plate, without asking you, while there’s still some food you are finishing over a conversation. Quite obviously, you will want that plate to stay. If you said, ‘By all means, thank you!’, while you were still intent on eating, well, that will be abnormal. So, as long as we live, wants will arise. Who doesn’t want more money? Or a more fulfilling relationship with a companion? Or children to behave well? Or bosses to be more empowering? Or who doesn’t want more comfort in Life __ a bigger apartment, a bigger car, business class travel? 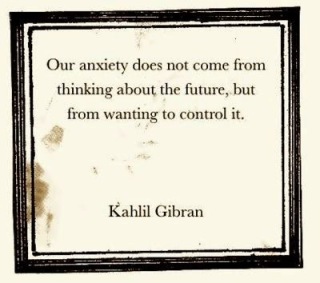 Wants are not lethal. Fueling your imagination basis the want is what is dangerous. You keep thinking about that woman, night and day, and your Life will become miserable. You keep expecting your boss to become more nurturing and dignified, when he clearly is a tyrant, is making your own work Life a drudgery. You continuing to think of a bigger car, pining and lusting for it, when you can’t afford one, is sure to depress you. Don’t, therefore, try to eliminate desire. Eliminate the thinking that continues to dwell on that desire. Eliminate the wanting. Move on.
This does not mean you should not be ambitious. There’s nothing wrong in wanting a more successful, profitable, happy future. But when you have an ambition like that, a vision, a goal, go to work on it. Ambition always is a call for action. Merely wanting, with no follow through action, is a surefire way of inviting suffering in Life. Know also that desires are also contagious. One will lead to another. The big car in your driveway, the woman in your bed, the properties in your name, the money in your account, the desire for more and more will create more and more wanting. Endlessly. And that means more suffering.
Legendary playwright George Bernard Shaw (1856~1950) says in his 1905-released four-act drama, ‘Man and Superman’, “There are two tragedies in Life. One is not to get your heart’s desire. The other is to get it.” The long third act of the play is Don Juan in Hell and consists of a philosophical debate between the play’s lead character Don Juan and the Devil. Shaw’s play’s third act covers much ground on the debate between desiring and not getting what you want. But the key learning here for us is that we have a choice of journeying through Life, hopping from one want to another or moving from one joy to another. To kill the wanting process, all you need to do is to simply interrupt the thinking that follows a want. Interrupt it with either action to go after what you want or with action to stop the wanting. In either case, replace the wanting with a simple ‘Do I need it now or can I do without it?’ question, and believe me, all will always be well! You will always end up being happy, in joy, with what you have, than live suffering, wanting! Try this test on the next desire that pops up in your head. It works!
Follow The AVIS Viswanathan Blog on WordPress.com
Follow @AVISViswanathan