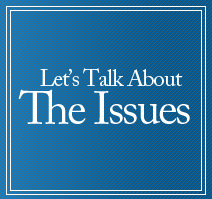 Many a time, we tend to confuse issues with people. When we disagree with someone’s opinion, we end up making the disagreement personal. The stands people take often end up starting a mud-slinging match. To the extent that the issue is often forgotten and a bitter, personality clash is what remains. There’s great value, whenever a disagreement surfaces, in defining what the issue or the source of disagreement is. Only then can the issue be resolved meaningfully. People, however, tend to push the issue aside and sulk. Because sulking is more convenient. But sulking causes an emotional imbalance and, at times, is even a burden. You try to be nice to someone with whom you have a difference of opinion only because you don’t want to hurt that person. But do you realize that you are hurting yourself in the bargain? So, don’t sulk – instead, simply say whatever you are feeling about the issue on hand.
Inner peace really means being in sync with whatever you love. It could be about what you love doing or love wearing or reading or eating. In fact, inner peace is also impacted by how you are feeling. Don’t let anyone or anything disturb your inner peace. And one way to protect it is to speak your mind, clearly, honestly, with whoever you have a disagreement with. While disagreeing take extreme care not to attack the person and instead address only the issue on the table. Be wary of being provoked and drawn into a personal slugfest. As long as you keep the focus on the issue – you can be assured of two things. You will be at peace with yourself. And you will not be the cause of the relationship having broken down!
Follow The AVIS Viswanathan Blog on WordPress.com
Follow @AVISViswanathan