Skip to content
Ending your Life is not a solution to the problems you face! Suicide is a very selfish act – while it may end your physical tribulations, it may just begin a whole new set for those people who love you, depend on you and believe in you!
This morning’s papers had a shocker. Murli Mohan, 54, whom the entire film, TV and advertising industry in Chennai knows as “Horlicks Uncle”, had committed suicide yesterday. He had become famous after he did a few television commercials, directed by ace filmmaker Rajiv Menon, for Horlicks several years ago. Mohan was known to us – our son had acted with him in television commercials for Milka Wondercake and TVS Motors, over 15 years ago. We remember Mohan as a cheerful person and as a thoroughbred professional. Today’s papers said he had been depressed because he had been out of work for over six months now. I was deeply saddened by the news, more so, for the reasons that were being attributed to Mohan taking that drastic step of ending his Life.
This Life we have is a gift. None of us have asked to be born. Yet we have been born. And that is the gift, this lifetime, that we must learn to cherish and celebrate. None of us has the right to take away what is not ours. And this Life is not our creation – it is just a gift. So, let Life take you wherever it takes you. You simply flow with it. And let it end, when it must, and when it will, and you see the end – if it can be called one, that is – whenever it comes.
Interestingly, had he lived, today would have been R.D.Burman’s (RD, Pancham) 75th birthday. He was a genius. Someone who ruled the roost in Bollywood for 20+ years. Yet in the last decade of his work, he found work difficult to come by. Studios and producers – the same people who had waited in queues to sign him up earlier in his career – shut their doors on him. RD became depressed. And died, of a heart attack, beaten and side-lined. Yet, despite his depression, despite the rejection and humiliation, he did not give up. Every day, he made a fresh attempt to resurrect his career. It was one such effort that led to his meeting Vidhu Vinod Chopra and the making of 1942 – A Love Story, a film that won him a Filmfare award for Best Music Director, posthumously. Today, the same world, which once rejected him, holds RD’s memory on a divine pedestal and worships the man, his genius and his music!
Such is Life. Just a series of ups and downs, highs and lows. You – and I – have to face each of them stoically and with equanimity. 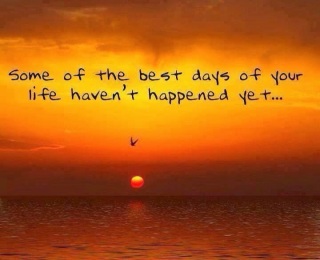 A friend famously remarked once, in the context of my bankruptcy and my inability to pay back my loans, “Someone who cannot keep up his commitments, especially with regard to money borrowed from people, has no business to live.” Indeed, one’s self-esteem gets punctured in such grave contexts like joblessness or cashlessness or any other. You may tend to conclude that it is futile to live. Yet, I firmly believe that low self-esteem does not give us the right to resort to a selfish act – suicide. Suicide may end your Life, but will make that of everyone around you miserable. Is that what you really want – for others to suffer at your expense? Motivation is an inside job. No one can help motivate you but yourself. In my case, I am blessed that my wife is by my side – walking with me, every step of the way, however treacherous the path may be. So, every day, we both wake up with a resolution to work harder to put our Life and business back on track. Every night we retire with the hope that the next day will be better and will bring with it a new beginning and a new opportunity. This is how we sustain our inner peace, our focus and our commitment to Life, to our family and to our creditors – one day at a time!
An unputdownable lesson that Life has taught me is this: Don’t interfere with Life with your whys, why mes, why nows? Just live with what you have, do what you can in the given situation to the best of your ability and savor each experience. Life will sort itself – and you – on its own, over a period of time!
Follow The AVIS Viswanathan Blog on WordPress.com
Follow @AVISViswanathan