Skip to content
When you are compassionate, even to the least important entity in your Life, you are happy.
I was reading an anecdote shared by environmentalist and author Joanna Macy, 85, on the net. Several years ago, she says, she had gone to visit Drugu Choegyal Rinpoche, a teacher of the Drukpa Kagyu tradition in Tibetan Buddhism, who lives in the Khampagar Monastery in Bir, Himachal Pradesh, and is especially well-known for his paintings. Rinpoche, now 65, was barely 18 then. Macy recounts the meeting: 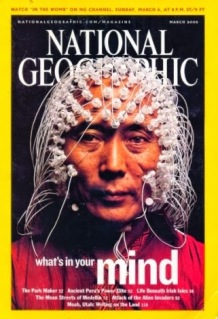 “On this particular afternoon a fly fell into my tea.  This was, of course, a minor occurrence.  After a year in India I considered myself to be unperturbed by insects – by ants in the sugar bin, spiders in the cupboard, and even scorpions in my shoes in the morning.  Still, as I lifted my cup, I must have registered, by my facial expression, or a small grunt, the presence of the fly.
“Choegyal Rinpoche leaned forward in sympathy and consternation and asked: “What is the matter?”
““Oh, nothing,” I said.  “It’s nothing – just a fly in my tea.”  I laughed lightly to convey my acceptance and composure. I did not want him to suppose that mere insects were a problem for me; after all, I was a seaseoned India-wallah, relatively free of Western phobias and attachments to modern sanitation.
“Choegyal crooned softly, in apparent commiseration with my plight, “Oh, oh, a fly in the tea.”
““It’s no problem,” I reiterated, smiling at him reassuringly.  But he continued to focus great concern on my cup.  Rising from his chair, he leaned over and inserted his finger into my tea.  With great care he lifted out the offending fly — and then exited from the room.
“When Choegyal Rinpoche re-entered the cottage he was beaming.  “He is going to be all right,” he told me quietly. He explained how he had placed the fly on the leaf of a branch of a bush by the door, where his wings could dry.  And the fly was still alive, because he began fanning his wings, so we could confidently expect him to take flight soon…
“That is what I remember of that afternoon – not the agreements we reached or plans we devised, but Choegyal’s report that the fly would live.  And I recall, too, the laughter in my heart.  I could not, truth to tell, share Choegyal’s dimensions of compassion, but the pleasure in his face revealed how much I was missing by not extending my self-concern to all beings, even to flies.  Yet the very notion that it was possible gave me boundless delight.””
Some years ago, Rinpoche was featured on the cover of National Geographic. The article, “What’s in Your Mind?” describes how a researcher measured how positive and negative thoughts stimulated the brain. Choegyal’s brain activity was further to the left prefrontal cortex than anyone the researcher had previously measured. This is where positive emotions sit, leading the researcher to describe him as “the happiest man in the world”.
Almost all of us are compassionate. We love to help people and care for them. That’s our innate nature. But, over the years, through social conditioning and individual experiences, in an increasingly materialistic world, none of our self-lessness surfaces without a “What’s in it for me?” reasoning. Besides, we are so obsessed with our own lives that we have no time for others. So, expression of compassion, if any, is limited to our own immediate families. We want to care, but we don’t believe we can and if we do believe we can, we feign lack of time! This is the reason why we lead such unhappy lives. We have everything material, but we are still wanting something that’s missing in our lives. And that something is happiness.
Compassion is the key to being happy. Not just being compassionate with people we have something to do with – like family, friends, bosses, co-workers – but being kind and caring to rank strangers. Or, as in Macy’s anecdote, even with a fly! As the “sloka” in Sanskrit goes: “Lokah Samastha Sukhino Bhavantu” – meaning, “May all the beings in all the worlds be happy!”
Follow The AVIS Viswanathan Blog on WordPress.com
Follow @AVISViswanathan