Skip to content
All atonement really happens in this lifetime – whether you will it that way or not.
Life really is a series of actions. When you act, you do end up believing that what you are doing is right or acceptable (at least to you!) – which is why you really do whatever you decide to. Now, all that you do may not appeal or be acceptable to others – often times not even to your companion, your friends or your family. It is also possible that what you did was genuinely avoidable. Whether something is right or wrong is a very subjective opinion. So, it’s best to restrict any assessment only to decide if something you did – or are doing – is avoidable or not. When you do something that you could have avoided, the best way forward is to own up, seek forgiveness from those who have been impacted by your choice and move on. You may not always be forgiven. But true atonement begins and ends with you. It really concerns no one else! 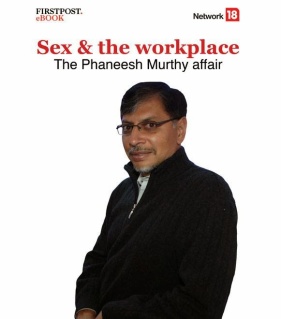 This morning’s ‘Times of India’ carries an interview by Shilpa Phadnis and Sujit John with former iGate CEO Phaneesh Murthy. Murthy was sacked from iGate in May this year following an office affair that led to the company’s investor relations head Araceli Roiz to claim that she was pregnant with Murthy’s child. (iGate’s policy does not encourage or support office affairs.)  For Murthy this was the second time in a decade that he was getting involved in a relationship which cost him his job – the first time was in 2002 when he was sacked by his then employer Infosys, when his colleague Reka Maximovitch levelled charges of sexual harassment against him and the company. Talking to Phadnis and John, Murthy admits that he made “a mistake” stepping out of his marriage. He says: “The whole thing was very regrettable. The mistake I made was in stepping out of my marriage. I have to work on my relationship at home, and that’s what I’m doing. We will see where that leads and that’s my priority number 1. And that’s the reason I haven’t accepted full-time employment anywhere. …Obviously. I also have a significant amount of guilt. Somebody once told me that self-punishment is worse than any other punishment. That’s what it is. I have to now do whatever I can to make up, and I don’t know whether anything I do will be enough.”
I clearly don’t want to judge Murthy’s past actions or his effort now to atone. It appears from reading the rest of the interview that Murthy’s wife Jaya and he live separately now. And that, from what Murthy claims, Jaya is his best friend and is giving him time and space to atone and, hopefully, emerge better from the experience. If Jaya is indeed doing that, it is both the best thing to do, given the circumstances (they have been married for 25 years now and still have a good friendship), and is commendable. To me, personally, the fact that Murthy is being honest – he is speaking about his actions publicly and knows that whatever he is doing may never really help him undo what he has already done – is what really matters.
When someone can come out and say she or he made a mistake or made an avoidable choice – that’s what true atonement is all about. Every action can be justified in hundreds of different ways. But all justifications are invalid in front of the mirror. If you can’t get the face in the mirror to accept your actions, as just and judicious, then nothing else counts. When you recognize that you could have acted more appropriately, wisely, and are willing to own up, then you have earned the right to expunge your guilt. That’s how the journey to atone becomes easier to handle. Most important is to recognize that nothing is really sacred in Life other than how you view yourself. It is human nature to go astray, to make a questionable choice, to do things that hurt or injure others. So, never fall prey to guilt and self-pity, when you do awaken. Instead accept, own up and move on. And even if you haven’t awakened, after making several avoidable choices (just as Murthy made the same choice twice, there are several of us who keep doing the same things again and again and again….!), or after several wake-up calls, remember that sooner than later – you will realize, you will awaken. For, whether you will it or not, you can’t but atone. And all atonement is in this lifetime only!
Follow The AVIS Viswanathan Blog on WordPress.com
Follow @AVISViswanathan