Skip to content
Each of us has an opportunity to make trauma meaningful.
Tragedy, and the trauma that follows, has spared no one. Even so, few people make the transition from victim to survivor. And the reason why many don’t make it is because they fail to look at trauma as an opportunity – to evolve, to understand Life and to make whatever is left of it meaningful. 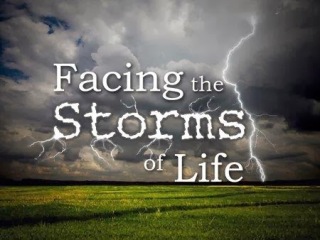 What differentiates a victim from a survivor is simply the way each of them approaches Life post a setback or a crisis. A victim blames the extraneous factors that caused the crisis for his or her plight. Some victims even blame fate or God for their predicament. But psychologists believe that survivors are not likely to be on a blaming mission. Yes, they too will be besieged by hopelessness, anger and depression, but they will choose to move on. It is never easy. But they will, nevertheless, get up, dust themselves and keep walking – knowing that time – and Life – will eventually heal.
Survivor is a very academic term. I would like to replace it with another one in this context – champion. A champion here does not just mean a winner. It also means one who champions living fully – trying to do his or her best, no matter what the circumstances may be.
In an essay in the latest issue of The Week,  on the fortitude displayed by survivors, Shutapa Paul writes that scientists attribute survivorship – the ability to face Life despite the odds – to biological factors like high serotonin levels, no post-traumatic changes in hypothalamus-pituitary-adrenal axis or less reduction in hippocampal volume in brain. But there’s another reason why champions have the indomitable (human) comeback spirit. And that reason is, they don’t waste time asking why something has happened. Indeed they experience pain and do suffer for a while trying to make sense of whatever has happened. But they stop sulking pretty soon. They face their trauma, accept their reality, recognize the futility of their grief and of blaming anyone – including Life – and simply go on living. They see Life as a gift and don’t intend on wasting it. Nor do they ever feel the urge to quit and to give up on Life.
I was once traveling by the Rajdhani Express from Surat to Mumbai. The passenger sitting next to me was keen to have a conversation with me. I was least interested in a chat and preferred to go back to reading Dan Brown’s The Da Vinci Code, which was nearing its unputdownable climax. But the man was irritatingly persistent. I finally put down the book and succumbed to my neighbor’s efforts to chat with me . I soon discovered that he had an inspiring story to share. He, I learned, is a very successful diamond trader. His wife and only child had died in the Indian Airlines (now Air India) IC 113 plane crash at Ahmedabad airport in October 1988. He showed me pictures of his deceased wife and son. He told me how difficult it was initially for him to cope with their sudden, devastating loss.
“I loved my wife and son dearly. For many months after their death, I would wake up in the middle of the night screaming their names. I would be alone in my palatial bungalow. And my screams would echo back to me. It was eerie,” he said.
“How did you move on? Did you remarry,” I asked, considering I thought he was in his mid-forties when I met him.
“I chose not to remarry. I moved on, however, because I soon realized suffering and grieving was foolish. It was not going to bring back my family alive to me. I realized that while I loved them a lot, I was hardly spending time with them. I was busy making money. Now, I have lots of money. But no family to go back to. So, I have made it my mission in Life to awaken people to the importance of spending time with their families, and not just on their careers. Which is what I want to tell you too. Please make time for people who you love. Spend quality time with your wife and children. Life is very unpredictable and impermanent. Make sure you have meaningful memories when you are finally alone,” he explained.
To me, that man on the train, is a champion. His wisdom, it turned out, was more unputdownable than The Da Vinci Code! For he’s understood not just Life but its value. So, he’s managed to make his Life – and his trauma – meaningful. We may all not be successful in making trauma meaningful, but we can at least ensure that we are not held hostage by it. Clearly, when Life socks us, as it will often do, we can come out of our initial state of shock and trauma, by accepting our current reality, by understanding that continuing to grieve is wasteful and by simply “living Life fully”!
Follow The AVIS Viswanathan Blog on WordPress.com
Follow @AVISViswanathan