Skip to content
Nothing really happens without a reason. That reason may never be apparent when the event happens. But sooner, or later, in this lifetime, surely, the reason for an occurrence will manifest itself in front of you as a learning. In that flash of brilliance, when the Universe shows you a sign, Life’s beauty will shine, bright and radiant!
Some years back, my son and I travelled to Rajasthan on a vacation. We visited the holy dargah of Khwaja Moinuddin Chisti (1141~1236 CE), the Garib Nawaz, in Ajmer. I instantly felt connected with the energy of the place. I experienced the same Higher Energy at the dargahthat I had felt at the Vatican in 1995 or while visiting our family’s native shrine, the Mangottu Bhagavathi Kaavu, in Athipotha (Palakkad, Kerala). My own views on God and religion have evolved over the years – but I can surely relate to a Higher Energy, which is also why I occasionally visit select shrines – to “repair and recharge”. Following our visit to Ajmer, perhaps because I had left my business card with the person who arranged our visit at the dargah, I kept receiving mailers once every two months. The mailer always had an appeal to contribute to a scheme to feed the poor at the shrine daily and it had the Garib Nawaz’s scared thread – something that believers tie around their wrists as a talisman. Each time I got the mailer I would ask my office to make a small contribution to the feeding scheme and I would forget about the mailer. This went on, for months, almost mechanically. I never understood why I got those mailers. And I never cared to find out what happened to mailer or who took the sacred thread, the talisman, after I sent the contribution.
Over time, our business went downhill. And on December 31st, 2007, around 5.30 pm, I was coming back to my office, after a fateful meeting with my lawyer, who had told me and my wife that we were bankrupt. That was the first time I heard the word “bankruptcy” with reference to our debt-laden, cashless situation. I was struggling to internalize what our lawyer had told us. And my practical, logical instincts told me that “there was no way out for us” – we had no money and we had no work! As I rode the elevator up to our office on the third floor, in those 60 seconds, I closed my eyes and meditated on the “Higher Energy” that powers the Universe. I prayed: “Show me a sign that we will make it!” It was, on a logical plane, a wasteful prayer. It was a captain’s valiant effort to see through a dark, stormy night, looking for a passing vessel, when his own ship was almost sunk! The elevator jerked as it reached the third floor. I opened my eyes and stepped out. I walked to my desk and I found a fresh mailer from the Garib Nawaz’s dargah sitting there, on top of a set of papers demanding my immediate attention! My assistant told me it had arrived that afternoon. Was that “the” sign? If you had asked me then, I would have been unsure. But seven years on, we still are surviving, tethering at the edge at most times, but we still are there – hopeful and sure that we will make it! Was that “the” sign? You bet, it was! 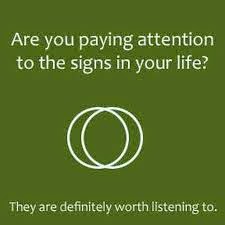 The mailers from the Garib Nawaz’s dargahkept coming over the years. In May 2011, I read a story in the papers that a five-year-old girl, Tamannah, had gone missing on the Marina beach, in Chennai. The Hindu kept reporting this human interest story over the next few days and I followed it closely. The story became big because Tamannah’s father, Syed Noor Ahmed, accused the police of inaction. On the fifth day, after the girl disappeared, I was boarding a morning flight to Mumbai. The Hindu’sstory that morning talked of how distraught the parents of the girl were. I recalled that a mailer from the dargahhad arrived at my desk the previous afternoon. I texted my assistant and asked her to call The Hindu, get the coordinates of Ahmed and reach the mailer (with the talisman) to him. She promptly had that done, remembering to attach my business card with a note conveying our concern, prayers and best wishes to the family. Two days later I got a call from Ahmed. This is what he had to say: “Thanks for your prayers, Sir. Our baby girl has been traced and she’s back with us. The talisman you sent came just when I had finished ‘namaz’ the other day. I had asked for “some sign” that our child will be located soon. The doorbell rang soon after. And there was your person with the mailer, your business card and your note. I couldn’t believe what I was seeing.”
I don’t like to either rationalize or emotionalize too much. Initially, there appeared to be no reason why the mailers came to me. But, at least twice, they served an important cause – of helping two distressed people keep the faith. As I write this, there’s a mailer from Garib Nawaz’s dargah, sitting in my draw – maybe the one it has to go to, will get connected with me in some time – if it is “the”  time! I have learnt that everything happens with a reason. This is not just about the Garib Nawaz or about “a” deity or shrine, it is about what I have learnt from my experiences of how the Universe will always send you a sign when you need one – and if you care to pause and spot it! To spot the Universe’s signs, you must be “tuned” in. You must anchor within and live Life in complete faith that if you have been created, you will be provided for, and taken care of!
Follow The AVIS Viswanathan Blog on WordPress.com
Follow @AVISViswanathan