Anything that you cling on to is bound to bring you grief. Because you will first be consumed by your fear that you may lose it. Second, you will eventually end up grieving over its unavoidable loss. Because, everything that you cling on to today will be lost surely someday! This doesn’t mean you give up everything. It doesn’t mean you renounce. It only means stop ‘clinging on’ to whatever is making you fearful or sad or both __ memories, things, people, habits, opinions, whatever.
Earlier this week, a friend called me from Germany. He said he had invested in a residential property in the heart of Chennai for around USD 250,000. He said he had been trying to get a tenant to take the place on lease from him so that the investment could start yielding him monthly returns. It had been over six months and he has not found a tenant. “I am just clueless. I am not able to sleep all night. I can’t even take a break and come to India because work here is very demanding. I can’t leave Germany for a few months at least. Please help me find a tenant. I am losing money every single day,” he lamented.
This is a classic example of the possessor (my friend) being possessed by his possession (the property). His grief is palpable. With due respect to his decision to invest and to his sense of financial prudence, I hope he realizes, sooner than later, that it possibly is simply not worth it for anyone to be ‘losing sleep’ over ‘losing money’. The solution obviously is not to let go of the investment. But to let go of the expectation that just because the investment has been made, it must start yielding returns. My friend can end his suffering, and get over his grief, is he awakens to the fact that his investment is not wrong, but his expectation of a yield from the investment, in a timeframe he expects, is what is holding him to ransom!
Clearly, Life doesn’t work the way we want it to just because we have drawn up blueprints and excel sheets. The humbling truth is that the more we cling on to plans or expectations based on our plans, the more we will suffer and grieve.
I should know.
Earlier this week again, while clearing up papers we had not accessed several years, I chanced upon a file containing our Firm’s trademark certificates. I laughed loudly when I saw it. I recalled the time in 1996 when, we set up our Firm with a Vision to be a global consulting Firm, we had invested substantially in filing for ownership of all our trademarks and intellectual property rights (IPRs) for our proprietary Programs. I was a fanatic with regard to the usage of our trademarks. The fonts, the style, the colors, the backgrounds on which they were used, and the surfaces where they appeared, all of this had to be, I demanded with jihadicferocity, consistent. Now, few people on my Firm and outside understood this demand or complied with it. Yet every time there was an instance of a violation of the identity of our Firm, on email, on PowerPoint slides, or in print, I would go ballistic. Almost 17 years later, here I was, looking at that file, while presiding over, literally, the ruins of our Firm, and wondered how insipid my effort to ‘cling on’ to my expectations had been. Surely, I know, someday our Firm will revive. And those trademarks and IPRs will become relevant yet again. I clearly understand now that demanding consistency in the way my Firm’s identity is presented is not where I erred. I had got it all wrong with my expectations. I had lost valuable sleep. And now I realize that it simply wasn’t worth it! 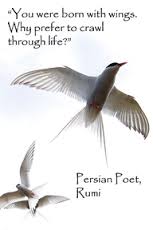 I have learned that clinging on to something actually ends up making you feel just the opposite, of being in control, when you understand the vicious game your mind plays on you! While you are physically in possession of something, and you think you are in control, the truth is that the ‘something’ is controlling you. The mind loves dependence. It needs a crutch. And in your clinging on to many things at various times the mind exults at the innumerable possibilities for dependence. So, in effect, over time, your mind controls you, leads you, directs you. It is like being in a car where the driver has been rendered powerless and the car drives itself to wherever it feels like!? Do you even think this is normal? This is what has happened to each of us because of our ruinous tendency to ‘cling on’!
What are you clinging on to? To understand this, ask yourself what’s possessing you – a thought, a opinion, a suspicion, an object, money, property, a relationship or perhaps a habit? Simply un-cling. And watch how you feel. With your feet no longer chained to the ground, un-clinging sets you free! As Mevlana Jalauddin Rumi, the 13th Century Persian poet has said: ‘You were born with wings; Why prefer to crawl through Life?”
.
Follow The AVIS Viswanathan Blog on WordPress.com