As Vaani and I climb up two steep flights of stairs to get to the Café Coffee Day store, where we are to meet Charukesi Viswanathan, we wonder if we made the right choice with the meeting venue. Charukesi is 78. Will he find the stairway difficult to climb? But in a few minutes the man himself arrived and scampered up the stairs easily, with the energy of a 10-year-old. When we pointed this out to him, he smiled and said that he had spent the previous night on a train’s upper berth returning from Thrissur. “Some of my co-passengers were over 80, and the one who was allotted the upper berth had an arthritic condition. So, I swapped my lower berth with him. It was no problem at all. It is all in the mind,” says Charukesi, gleaming!

That nugget of conversation sums up who Charukesi is. For one, he’s the humble, quiet, unassuming giant – having completed 60 remarkable years as a writer recently! More important though, he is the rare sort of person who is very happy and content with anything, anyone, anywhere. And what he doesn’t like – and that includes people – he avoids completely. “You are happy as long as you choose not to do anything that makes you unhappy,” he says.

Charukesi credits his father, a homeopath, with teaching him two principles that have guided him all his Life: “One is to always do your duty without expecting anything in return and the second is to work – and live – in a fashion in which it doesn’t bind you.” Expectations always bring agony, to live without them is an art and this is the key to happiness. Just as it is to work in a detached manner – doing what you can and leaving the outcome to Life. I guess Charukesi’s Life  epitomizes these two principles.

He hated academics, so he never acquired a formal college degree. Yet he has been a writer for 60 years and has worked with Pfizer, the pharma major, for close to 40 years – rising from being a sales assistant to branch manager – and has taught himself to appreciate Carnatic music. His articles on musicians, artistes and their performances, are greatly valued both by readers and publications. We ask him what is the secret of his longevity and relevance in a very crowded, ‘me-too’ space – writing. “I enjoy learning. I don’t see myself as someone who knows everything. In my Pfizer days I have attended workshops on practically everything from housekeeping to production management to quality. I have attended several programs for writers. And when I took to music, I taught myself to appreciate it attending every concert around me. So, I just keep learning,” informs Charukesi. 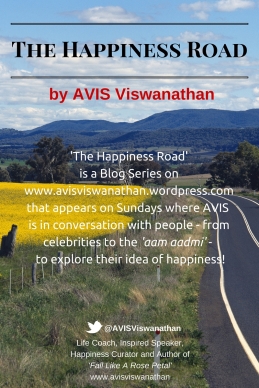 Interestingly, while Charukesi is his nickname, and it is also a very popular Carnatic raga, the story goes that he did not choose the name for himself. One of his friends suggested the name to him and he adopted it. But even as he did that he didn’t know that it was also a famous raga or that he would one day be known for his music reviews. “Honestly, I still don’t know who recommended my name to The Hindu. One day, many years ago, I got a call from the desk at the paper asking me if I could review a kutcheri for them. I accepted…and that’s how the journey began. I don’t think I have done anything great…it just happened,” avers Charukesi. He is not being modest for effect, I know that he means every word of what he says. At the felicitation ceremony, some weeks ago, where the who’s who of Chennai’s literary circles flocked to celebrate him for completing 60 years as a writer, Charukesi sat very, very uncomfortably on the dais. When I asked him why he was so uneasy, he said that he hated the spotlight. “Only politicians like to hear praise about themselves; only they love ponnadais and felicitations. I am not a politician. I am just an ordinary writer.”

Yet, he is no ordinary writer. He has been writing for 60 years. He has written both in English and Tamizh. And he has more than 65 titles to his credit. He is the go-to translator for every major publication and author – from Sudha Murthy to Devdutt Patnaik – who want to see their work in Tamizh.

In such an extra-ordinary Life, there are bound to have been lows. How did he handle them, I ask him. “Oh! There have been lows,” he confesses. One was when he lost his older brother to tubercolosis in 1961. And the other time was in 1997 when his younger brother passed away in a road accident. “I found it very difficult to deal with pain the first time. I suffered a lot. The second time too, I thought I could not handle it. I even considered quitting my job at Pfizer. But the then chairman of the company, S.V.Pillai, who was visiting my branch, sat down with me and asked me to immerse myself in my work to take my mind off the tragedy. That advice really helped me cope. It was through that catharsis that I learnt that Life must be faced; we must take Life as it comes.” At work too, over a career spanning four decades with one company, Charukesi has had to face tough circumstances. In one instance, one of his close colleagues protested when Charukesi was awarded a double increment in salary and promotion, for the third consecutive time. When the politicking got unbearable, Charukesi wrote to the management of Pfizer asking for his reward and promotion to be revoked. “I simply did not want someone’s actions and words to make me unhappy. I thought if this person would be happier if I did not get the raise, let me make him happy,” explains Charukesi. The management of Pfizer and his detractor were surprised with Charukesi’s rather unique response. But through some candid conversations the matter was settled, with the colleague realizing his mistake and the management insisting that Charukesi accept his just reward. “It was through this experience that I learnt the value of never allowing anyone or anything to ruin your happiness,” says Charukesi.

Spending time with Charukesi is like taking a crash course in humility. Here’s a man, a colossus, who towers over the bi-lingual writing scene in Tamil Nadu. Yet he is so unassuming. He wanted to know how Twitter works. And as we explained that to him, he listened intently, with a twinkle in his eyes, like the way a child would try to understand a new gizmo or hear a new story. He started writing as a hobby in 1956, for Kannan magazine from the Kalaimagal stable, and got paid a princely sum, then, of Rs.5/-. He still writes today but gives away his income from royalties to support causes from education to healthcare. “I don’t want to talk about my philosophy of giving. I do it because it makes Life better for someone, somewhere. It makes them happy,” says Charukesi brushing aside all suggestions that he’s benevolent.

We ask him for his advice to today’s generation – who seem to be leading very complicated and stressed out lives despite technology having made Life so simple: “Expectations for what-must-be are high and satisfaction for what-is is low. It must be the other way round. Then people will lead fuller, happier lives.”

As we say goodbye to Charukesi and head back home, I admire the simplicity of the man and the beauty of his being. Yet I can’t but help celebrate his father who taught his son the value of being happy and content early on in Life. A lesson, because it was well taken, has helped Charukesi be who he is today!

One thought on ““You are happy as long as you choose not to do anything that makes you unhappy!””